At Stirling we believe that the preparation of God’s people for service, leadership, ministry and mission is absolutely crucial. We are convinced that something life-giving and hope-filled happens when behaviour, belonging and belief converge.

Stirling Theological College was established in 1907 as the college of the National Conference of Churches of Christ in Australia.

Our mission is ‘Forming God’s people for leadership, mission and ministry’. Our approach to ministry, theology and faith is both evangelical and ecumenical with a passion to receive and share the good news of God. We enjoy a diversity of students from a wide variety of backgrounds and Christian traditions who all enrich the life of our community. We are situated in Melbourne’s south-eastern suburbs between the M3 and M1 making it an easy drive from just about anywhere in Melbourne. With loads of easy parking and a bus stop at the front, our well-equipped campus is spacious with lush gardens and views to the Dandenong mountains. 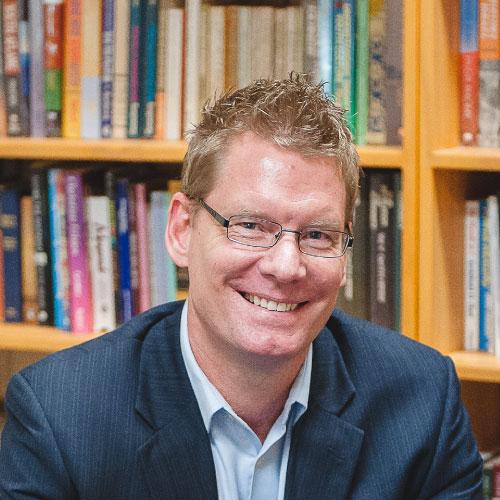 “The chief purpose of the College is to provide Biblical instruction and to furnish ample facilities in education for Christian ministry…”
(Principal A R Main, 1911)

Stirling is firmly grounded in the Christian story. Our roots come from the early vision and commitment of men and women from the Churches of Christ Movement. Even before the establishment of the College, the need to train people involved in preaching and evangelism was recognised. One of the early advocates for founding the College wrote that no one could:

“dispute the propriety and imperative necessity of our preachers being fully instructed in the sacred Word, and this is the prime object of the Bible College” (1871).

The College of the Bible (COB), as it was known, began with 16 students under the tutelage of Principal H.G. Harward on 19th February 1907. For a brief time, lectures were held in the Lygon Street Church of Christ (Carlton), and then on Rathdowne Street. With the assistance of a generous benefactor, the College moved in 1910 to a four-acre property at Glen Iris.

In 1911, the second principal, A.R. Main, clarified the College’s reason for being:

The chief purpose of the College is to provide Biblical instruction and to furnish ample facilities in education for Christian ministry…to encourage an impartial and unbiased investigation of the Christian Scriptures, and in the spirit of devout faith in the Divine Word, freely to lay under tribute every source of light and truth available to modern scholarship.

The construction of the Monash freeway forced the College to sell its property to the State Government. What seemed at the time to be a setback proved to be a God-given opportunity. The spacious new premises in Mulgrave, with views towards the Dandenong Ranges, were opened in February 1989 and our name was changed to the Churches of Christ Theological College (CCTC).

In August 2011 the College announced two exciting developments. First, as a college of the University of Divinity, we were pleased to announce our elevation to become Australia’s first specialist University. Second, we announced a name change from the Churches of Christ Theological College (CCTC) to Stirling Theological College: a ministry of the Churches of Christ. The name ‘Stirling’ was chosen after considering the life and ministry of Gordon Stirling (1914-2010). Gordon remains one of the most influential ministers Churches of Christ in Australia has produced. His excellence and faithfulness in local church ministry (and more broadly) serves as a prime example of the qualities that Stirling aims to nurture in its graduates.

Today, Stirling seeks to prepare and support people for effective and faithful Christian ministry and mission through the provision of flexible learning programs. The primary purpose of Stirling is still the formation of ministers and leaders to serve churches, but the College is also committed to providing a stimulating learning centre in which diverse groups of people can engage in theological education.